The rise of green and sustainable commercial buildings and multifamily structures continued to dominate the construction field in 2017.

The past year represented another period of marked growth and focus among those designing, owning and managing high-performance facilities.

And it was a year that paved the way for continued advancements in 2018.

But before we move on, let’s look back at the year that was and at some of the significant happenings from the field over the past year.

The honor acknowledges the county’s long-time commitment to environmental stewardship and community sustainability and its many policies, programs and initiatives to create a more sustainable Arlington.

Arlington’s sustainability story began with thoughtful Metrorail planning in the 1960s, followed by the Smart Growth strategies outlined in the General Land Use Plan. The county launched its Arlington Initiative to Rethink Energy (AIRE) effort in 2007. AIRE set a target to reduce Arlington County government's carbon emissions by 10 percent by 2012, compared to 2000 levels, and achieved it by improving energy efficiency in the county government's buildings, vehicles and infrastructure and other efforts.

Open-space planning, solid-waste management, stormwater management, affordable-housing planning and public schools were evaluated by the USGBC for the LEED for Communities platinum certification.

Educational institutions – both on the primary and secondary levels – set examples for young about the value of green and sustainable building.

The 2,000 projects represent more than $30 billion in investment. They also cover a total of 160 million square feet of education space, approximately 2 percent of the total square footage of all U.S. public schools. Public schools make up the vast majority of LEED certification commitments, driven by either state laws or by the desire of school districts to show good stewardship of tax dollars.

Shining a light on learning

The number of schools powered by solar continued to grow quickly. About 5 percent of all K-12 U.S. schools are now powered by the sun, and their solar capacity has almost doubled in the last three years, according to a study by the Solar Energy Industries Association (SEIA), The Solar Foundation and Generation 180, a clean energy nonprofit.

The nearly 5,500 schools using solar power today have a total of 910 megawatts of solar capacity, enough to power 190,000 homes, according to the study.

The biggest reason for the surge is the economic benefits of solar energy. Drastic declines in price have made it financially viable for schools. Both public and private schools are reducing their electricity bills with solar, leaving them more money to spend on educational programs, according to the research. Many are also incorporating renewable energy into their science, technology, engineering and math (STEM) lessons.

A major report from the World Green Building Council illustrated the link between indoor environmental conditions and student success. The study said that achieving optimal levels in school buildings for air quality, lighting, temperature and acoustics through green improvements can help students achieve their full potential.

Lighting – Students in the U.S. showed a 36 percent increase in oral reading fluency when exposed to high-intensity light, while those in standard lighting conditions increased by only 16 percent.

Indoor air quality – Every 100 parts per million increase in CO2 was associated to a roughly one-half day per year reduction in UK school attendance.

Thermal comfort - Students citing their classroom as “comfortable” achieved 4 percent more correct answers in a maths test compared to those who were hot, according to a survey of more than 4,000 Finnish students.

Acoustics – For every 10 decibel increase in noise, the language and maths scores of French students decreased by 5.5 points.

Some of the world’s largest corporations settled into new headquarters in 2017. Those facilities weren’t only massive in scope, they were massive in sustainability.

Toyota Motor North America’s (TMNA) headquarters campus in Plano, Texas, achieved LEED platinum from the U.S. Green Building Council (USGBC) after opening in July at a cost of $1 billion.
Toyota’s new campus is the largest commercial LEED platinum project in the state of Texas, to date. 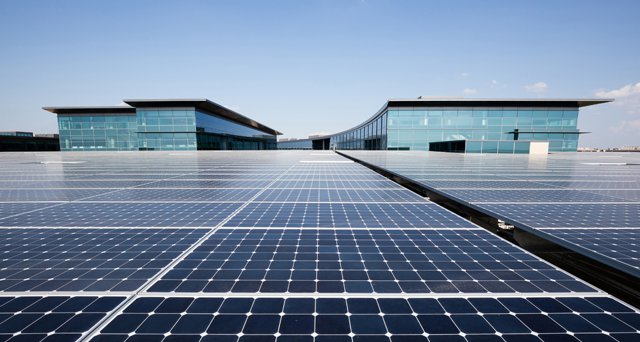 To help improve employee health and well-being, the campus was created so that more than 90 percent of people-occupied office spaces offer views directly to the outdoors. Additionally, there is an 82 percent natural daylight penetration inside the building.

The headquarters includes one of the largest corporate solar power systems in the United States. More than 20,000 solar panels generate 9 megawatts of electricity for the campus. Any electricity not generated from the solar panels will be purchased from Texas wind farms to achieve a 100 percent renewable energy campus. An advanced multi-array 400,000-gallon rainwater collection system has also been incorporated into the campus.

Apple Park in Cupertino, Apple’s new “spaceship” campus, tops the list of the most expensive buildings in the United States, a list that includes six casinos, a Manhattan skyscraper and a baseball stadium.

The Ring, as the structure has come to be known, has the ability to run on fully sustainable energy, much of which comes from the solar panels that line the top of the spaceship-like structure. What's more, the campus will house a cluster of various trees, many of them fruit-bearing. The foliage is not merely for aesthetics, however. They will all be drought-tolerant varieties, planted to withstand climate change.

Renowned British architecture firm Foster and Partners designed the new 3.2-acre Bloomberg site in London with approximately 500,000 square feet of sustainable office space illuminated with natural light and naturally ventilated with a large living green wall. The facility has been called the “the world's most sustainable office building."

Having opened in November, Bloomberg’s new European headquarters focuses on the creation of healthy, collaborative workspaces.

The interior features open-plan layouts connected with a spiral ramp spanning seven floors in the nine-story building. An atrium ceiling funnels light deep into the building.

The building, which features a facade covered in rows of bronze louvers, was given a rating of outstanding by BREEAM assessors, who ranks projects on environmental, social and economic sustainability.

Distinctive bronze blades on the side of the building can be opened and closed according to the weather. This natural ventilation system will take the pressure off more energy intensive air-conditioning systems.

Bespoke ceiling panels with a petal design have been inset with 500,000 energy saving LEDs. The panels also combine heating, cooling and acoustic functions.

Smart sensors adjust airflow according to the number of people in each building zone at any one time, a system expected to reduce CO2 emissions by 300 tons a year.

Rainwater from the roof and grey water from basins and showers in the building is recycled by the vacuum flush toilets, a system that the architects say will save 25 million liters a year.

As long lasting LEDs increasingly grab a larger share of the light bulb market, General Electric halted production of slow-selling CFLs in the United States. The decision came as lighting upgrades to commercial facilities typically involve LEDs that last for thousands of hours and not CFLs, which tend to lack the longevity and brightness of their newer counterparts.

“We’re at the tipping point with LED as adoption accelerates, so there is immense market opportunity,” said John Strainic, chief operating officer of GE Lighting. 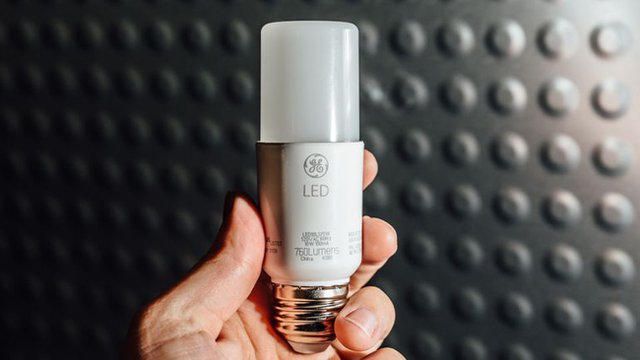 While less than 10 percent of consumers have tried LED, that number is projected to jump to more than 50 percent by 2020. Meanwhile, CFL usage is expected to decline by three times that over the next four years, GE officials said.

Price also is driving LED popularity, with costs continuing to plummet. On top of that, LEDs outperform CFL bulbs when it comes to consumer expectations, including instant brightness, light quality, dimmability and connectivity.

And LEDs last for years without burning out.

LEDs are playing key roles in the rise of the green and sustainability industries.

LEDs make homes and buildings more intuitive to owners/managers and simplify how people connect from anywhere in the world. They represent an entry point to a connected facility.

Government initiatives for constructing green buildings and the rising primary focus on green building by more companies were key contributors to the growth of the automation market, the study by Market Research Reports Search Engine found. 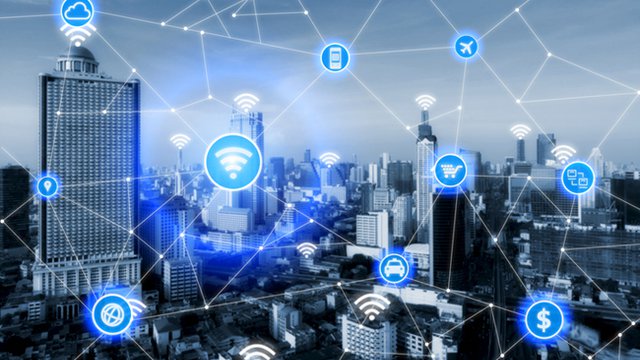 Other factors driving it include a gain in demand for building automation within the small- and medium-sized buildings segments after the growing use of energy consumption analytics, the need to improve occupant comfort levels and mental satisfaction for environment-conscious buyers.

The global commercial building automation market surpassed $77.63 billion. In terms of revenue, the market is expected to reach $108.49 billion by 2024, after expanding at an annual growth rate of 4.3 percent from 2016 to 2024.

To get the most out of solar panels and batteries, energy management systems (EMSs) are often installed in green homes and businesses. EMSs monitor how much energy a building uses and can automate lighting, power and HVAC systems to ensure optimal energy savings.

For example, The Edge, a building in Amsterdam that won the BREEAM award for offices in 2016, has 30,000 sensors that connect to a smartphone app. The app collects data from office employees and adjusts temperature and lighting according to how many people are inside the building and even keeps track of individual employee’s air and lighting preferences.