(Above) A Navien tankless solution. (Below) John Kopf. Photos courtesy of Navien

After becoming a leader in the residential high-performance HVAC industry, Navien wants to do the same in the commercial field.

In adding an industry veteran to help lead and expand that effort, the California-based company’s recent hiring of John Kopf as boiler product manager illustrates the growing demand and need for energy-efficient solutions within the commercial sector.

“The North American non-condensing, specifically cast iron, commercial boiler market has been declining in the past,” Kopf said. “The high-efficiency (condensing) commercial boiler sales, on the other hand, have been steadily growing during the last 10 years. Historically, most of the commercial sales were in the 500,000 to 1 million BTU range, but in recent years the highest growth rates were seen in the 1 to 2 million BTU range as more and more manufacturers were expanding their product portfolios.”

The high-performance sector is where Navien, which features tankless heaters and combination boilers, has focused in recent years. To expand its commercial presence, company officials said the company initially will target hospitality venues, including hotels and restaurants. 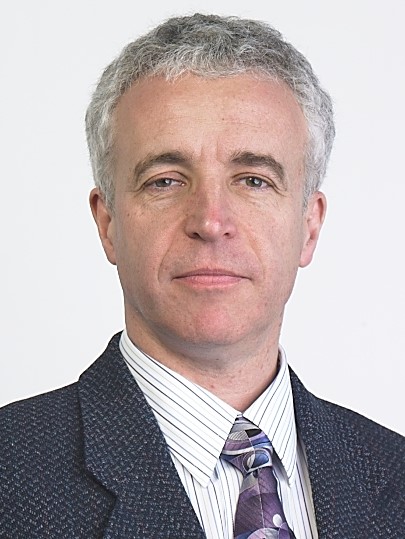 Kopf spent 19 years with Trane, where he managed air-handling equipment such as fans, coils and air-handling units. He went on to be part of several leading HVAC companies, including S.A. Armstrong, Weil-Mclain and Johnson Controls.

With Navien, Kopf has spent most of his first several weeks meeting colleagues, visiting company sales offices and training centers and interacting with Navien customers.

Kopf will assist in the commercial push for Navien in introducing larger BTU products to broaden its scope, which until now has experienced most of its success in single- and multifamily homes.

Navien touts the quality of its product lines, the strength of which the company attributes to its production approach and supply chain – managing everything from research and development to engineering and manufacturing. In fact, every part of Navien’s manufacturing process is fully automated to give repetitive, consistent results. Quality control within the operations also is sophisticated, using robotics and photography for product testing.

The company produces and assembles all of the components of its units, unlike many competitors that purchase parts from other producers and assemble them in their plants. That gives Navien an edge, representatives say, in that it can more easily alleviate potential production issues and quickly adjust to market changes and innovations that bolster its products.

“We have such low return rates and warranty claims,” Kopf said. “Because we’re a single source of supply, one of our strengths is that if something goes wrong with a component, there’s no finger-pointing. It’s our component.”

“Reacting to any potential issue that may be foreseen or arise can be adjusted for,” Fenske said. “There is a lot who claim their product is made in the United States, but they just assemble it. When they run into issues, their hands are tied with their suppliers. … They have to work backward through other manufacturers, and we know how difficult that can be at times. All of our departments interrelate with each other.”

As Navien builds its appeal among commercial users, one of the key selling points will be the product line’s incorporated controls system.

Smart technology ranks among the top current trends within the commercial HVAC industry and is projected to become an even more integral part of high-performance buildings.

As many manufacturers develop ways to enable facility owners and users to more effectively monitor and manage their equipment, Navien already has established a platform, called NaviLink, that puts control at its customers’ fingertips.

Navien is working to strengthen and expand NaviLink for the commercial market so that building managers can quickly view usage and manage systems across multiple areas and facilities in widespread locations through their computer or smartphone.

“The ultimate goal is to enable contractors to know what’s happening before they get to the job site,” Kopf said. “Normally, there’s a problem, they get to the job site, troubleshoot and then need parts and the proper tools. So they leave, then come back. If a contractor who knows what happened comes and is out in no time, that’s super impressive. For contractors, helps speed it up and makes them look good in eyes of customers. It’s a win-win.”