With people spending the majority of their time inside, indoor air quality is – or should be – of paramount importance. After years of research, studies now exist that show what does or does not linger in the air has a direct correlation on the health of those who occupy certain facilities.

But building science experts like Joseph Lstiburek question the validity of those reports.

As building architect owners and managers know, improving air quality is not as simple as shutting windows and doors from keeping polluted air outside from seeping in. There's a science to the strategies and techniques behind keeping today's buildings airtight and properly ventilated at the same time.

Lstiburek is one of the world's leading authorities of that science. His work with industry partners through the U.S. Department of Energy’s Building America program led to significant research into the wetting and drying of walls and, ultimately, to a major code change relaxing the requirement for vapor barriers in the International Residential Code.

Now the founding principal of Building Science Corp., is on a crusade to ensure that building codes lead to structures with the best approach for indoor air quality and ventilation. 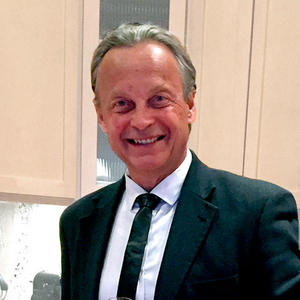 Lsitburek spoke this week at the annual International Builders’ Show in Orlando. Before heading south from his Colorado winter home, he spoke to Proud Green Building about the state of indoor air quality in commercial buildings, how building owners/managers can make IAQ improvements and the role occupants should play in ventilating their spaces.

Proud Green Building: What is the state of indoor air quality these days in commercial buildings?

Lsitburek:The codes focus on dilution, ventilation and air exchange. But the approach should have always been on source control. And the irony is that this has been known for 150 years. If a building smells like manure, the first thing to do is remove the manure, not ventilate the building better to get rid of the smell.

My approach is dilution is not the solution to pollution, source control is. And the motto for years residentially has been, build tight and ventilate right. And so what we're really doing is building tight and over ventilating.

And people are putting in higher levels of insulation, what could be bad about that? The codes decided to err on the side of caution and call for higher ventilation rates. The problem is that higher levels of ventilation lead to humidity problems and mold in commercial and residential buildings south of the Mason-Dixon Line and east of Interstate 35 in Texas.

In the North, it causes problems in wintertime because the higher levels of ventilation lead to excess of dryness in wood floors that split, and their furniture is cracking and they are uncomfortably dry.

To solve this problem, the codes say add humidification, and humidification is basically aerosolized in bio weapons. It's incredibly unhealthy. So the high levels of ventilation are leading to problems in cold climates in the wintertime and problems in hot, humid climates.

PGB: Knowing that the demands will vary from building to building, what's the best ventilation system to deal with moisture and odors in a commercial facility?

However, this is not recognized in the codes or in the ratings. We're not encouraging good systems. We're encouraging bad systems because the good systems aren't given credit for their goodness.

PGB: How does this situation affect building owners and managers whose facilities are built to these codes?
Lsitburek: You know if you're stripping furniture in your house or rebuilding your carburetor in the dining room and growing marijuana in the bathroom, you're going to need a higher ventilation rate than somebody who doesn't do stupid things in their house.

So why should there be just one ventilation rate based on the worst-case scenario for 2 percent of the population.

All the energy we've saved with all of the insulation that's been installed, we're wasting with these high ventilation rates. So with the energy saving mentality we mistakenly think that we can dramatically improve the air quality because we're not focused on the contaminants in the first place.

PGB: What's the best alternative to an unbalanced ventilation system?

Lsitburek: You have you have a balanced ventilation system that provides a means of distribution. It doesn't have to be an ERV or HRV, there are other variations that you can have.

You can have the air being pulled out of the bathrooms and are being supplied to the air handler and having it operate so many minutes every hour, then you're getting balanced ventilation.

PGB: What is the importance of proper ventilation for indoor air quality?

So you know you want to have a balanced ventilation system if you have attached garage. Then look at what makes you sick over the long term, things like radon, pesticides and herbicides stored inside.

So you want to passively vent your areas under your foundation to the atmosphere for radon, and then you want to make sure that you have the ability to control the humidity in the summertime.

PGB: What should builders do to ensure they deliver a structure that performs properly?

Lsitburek: My advice to them is to install the ventilation system that meets the code and commission it at half the rate and instruct the occupants on how to operate it. The problem is the Energy Star program says you have to follow ASHRAE and so does RESNet, and I tell builders to ignore Energy Star.

So I say rise up and rebel, it's time to take control of your ventilation.

PGB: Compared to homes, is the approach toward properly ventilating buildings going to be similar?

Lsitburek: Engineers are born with a genetic defect, which is the integration gene. In large buildings, apartment buildings and condos, we want to put in one system that does five or six different things and these large central systems in apartment buildings lead to a lack of control of anything. What you want to do is compartmentalize and have each individual apartment or townhouse have its own ventilation system that has nothing to do with the neighbors. And that is something that is very difficult to get adopted because that's not the way most of the engineers have been taught.

The big system approach is to have a fully ducted supply with a rooftop unit that's combined with a fully-ducted exhaust. That's insanely expensive, and you can do it in expensive buildings.

But, again, you have a lack of control. With each individual unit, the ventilations has been set by somebody else, right? You should ventilate according to need, and the need should be established by the occupant. And the only way to do that is to have a system that doesn't communicate with the other systems.

PGB: Can you talk about your role at IBS?

Lsitburek:I'm doing the Huber Engineered Woods breakfast. I am talking about why that product is fabulous.

It’s a winning technology. If you go to my one of my building science insights, I talk about 40 years of air barriers. We started with barriers on the inside first vs. films like polyethylene. Then they went to the interior sheathing, and then we decided to move to films on the outside and then sheathing on the outside.

So we went from a plastic air vapor barrier on the inside to the drywall up to the exterior Tyvek to the sheathing for air control. We did the same thing commercially. It was impossible to practically make everything airtight on the inside.

We decided to put it on the outside commercially, and the sheathings on the exterior evolved. We went from fully adhered membranes to now the technology is sheathing becomes the air barrier.

All of the manufacturers of gypsum board have got their water and air control infused in the material. Huber is doing the same thing.

They're turning the OSB into the water and air control barrier and treating the joints. The residential side is about 10 years behind, but it’s basically following the same steps.

If the material already comes with the air and water vapor and all you’re doing is dealing with joints, it becomes a lot faster system. We're showing that commercially, and that's why Huber Zip is cleaning up in the marketplace.

Ask a builder whether they want to build a building with OSB and wrap it with membrane tape on all of the joints, or just put the sheathing up and tape all of the joints – it's not even close.