Taco Comfort Solutions has received the prestigious President’s “E” Award for Exports from the U.S. Department of Commerce, according to a press release from the company.

The President’s “E” Award, now in its 54th year, is the highest recognition a U.S. entity can receive for making a significant contribution to the expansion of U.S. exports. Taco was one of 123 companies honored with a 2016 “E” Award at this year’s ceremony.

The company last earned the honor in 1945.

“Taco has demonstrated a sustained commitment to export expansion. The “E” Awards Committee was very impressed with Taco’s customization of its product line to fit the needs of customers in export markets,” U.S. Secretary of Commerce Penny Pritzker wrote in her congratulatory letter to the company announcing its selection as an award recipient. “The company’s innovation facilities in foreign markets to train support personnel were also particularly notable. Taco’s achievements have undoubtedly contributed to national export expansion efforts that support the U.S. economy and create American jobs.”

In business since 1920, family-owned Taco Comfort Solutions is a leading manufacturer of heating, cooling and plumbing equipment and systems for use in residential, commercial and institutional buildings. Its Hydroflo Pumps Fluid Solutions subsidiary, a Taco Group Co., manufactures pumps used in select markets such as irrigation and mining, among others. 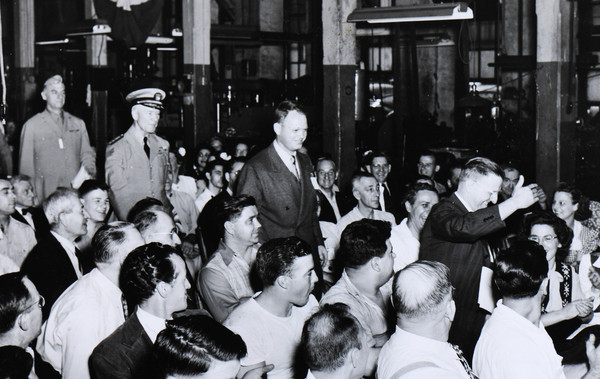 Taco Comfort’s International Division is responsible for overseas exporting to markets in Canada, Latin America, Middle East, throughout Asia and most recently in West Africa. Taco operates regional sales offices in Dubai, Miami and in Hong Kong. It has equipped similar offices in Singapore and Bogota, Columbia with “system demonstration centers,” and is in the process of accomplishing the same with its offices in Saudi Arabia and Dubai. The centers, modeled after Taco’s LEED gold-certified Innovation & Development Center in Cranston, R.I., are used to train engineers in HVAC system design. Taco has taken advantage of U.S. Department of Commerce sponsored trade missions and participated in its Gold Key business matchmaking program.

Taco earned its first “E” Award when it was known as Taco Heaters. The company received the Army-Navy “E” Award for its production of thousands of naval gun mounts while reducing the cost the government had been paying for such components by almost 50 percent. The company received its “E” Award and E banner at an awards ceremony held in its then-Providence, R.I., manufacturing location on Aug. 10, 1945, one day after the the atomic bomb was dropped on Nagasaki and four days before the war’s end. 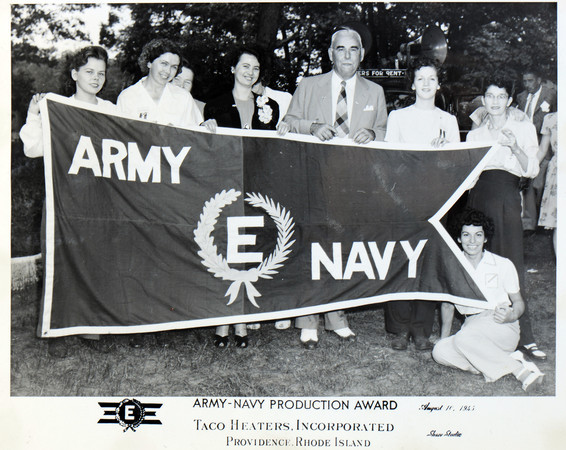 In 2015, U.S. exports totaled $2.23 trillion, accounting for nearly 13 percent of U.S. GDP, according to the Taco press release. Nationally, exports contributed to the U.S. economy and supported an estimated 11.5 million jobs.

U.S. companies are nominated for the “E” Awards through the Department of Commerce’s U.S. Commercial Service office network, located within the Department’s International Trade Administration, with offices in 108 U.S. cities and more than 70 countries. Record years of successive export growth and an applicant’s demonstration of an innovative international marketing plan that led to an increase in exports is a significant factor in selecting the winners.

For more information about the “E” Award, visit http://www.export.gov.